I chose this photograph for our firm’s website not just because it’s an accurate if all-too-gray likeness of me, but because of the photograph in the background.  It’s of a 1964 political gathering.  I included it in my website photograph to acknowledge the two men who most directly influenced the career I chose.  They’re both in the background photograph.
Seated at center is my father, an unusually talented and able lawyer, and my first mentor in the profession. (He started teaching me about the business of law and introducing me to his clients before I entered first grade.) I might imagine him looking at me from the photograph with pride, even in black and white.
Left of my father is seated Paul Gold, who besides being my father’s longtime client was also a witness at my parents’ wedding. Mr. Gold was a prominent investor in downtown Portland, and it is he who sparked my interest in the law of real estate.
The man standing at the right was the reason for the gathering: Senator Hubert Humphrey, then running for vice president and famous for being loquacious. The photographer caught him in mid-speech, and he provides another reason I cherish the photograph: it’s one of the few occasions when Dad couldn’t get a word in edgewise. 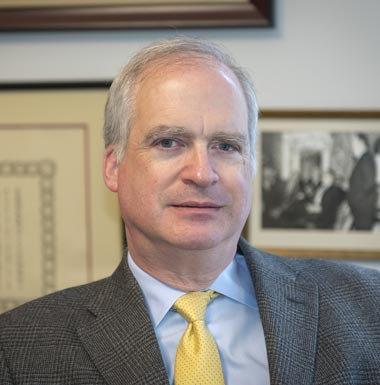